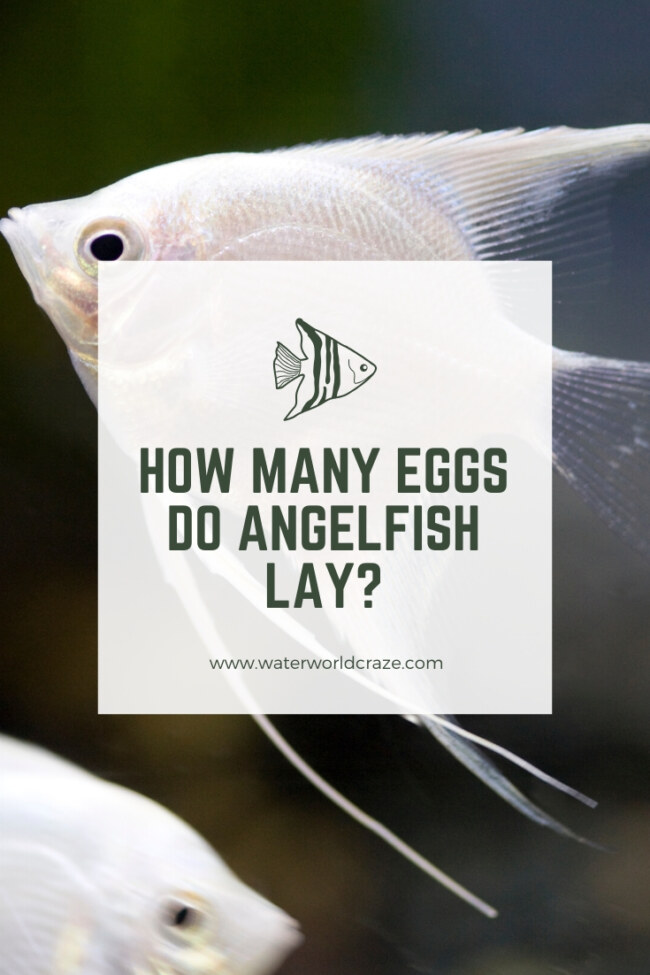 This will depend on several factors, including the water conditions, how healthy the fish are, and how many fish there are in the tank. But generally, you can expect Angelfish to lay between 100-1000 eggs.

In this article, we’ll discuss some of the different factors that will influence how many eggs she will lay, as well as how many you can expect her to lay with each batch.

Factors That May Influence the Number of Eggs

There are several things you will want to consider that will have an impact on the number of eggs your angelfish will lay and that will end up surviving to adulthood.

If you’re not particularly interested in breeding angelfish, you might be more likely to keep them in a tank with other angelfish or different fish breeds. But keeping them in a community tank could negatively impact the number of eggs that will be laid.

This is due to the fact that the other fish in the tank could end up eating your angelfish eggs and fry. So, you may want to keep your angelfish in a special breeding tank to make sure that their babies stay safe and that more of the eggs will survive.

And, of course, making sure that the tank is large enough for your angelfish is key in reducing stress, which will also have an impact on how many eggs your fish will lay. Once again, angelfish need to be placed in a larger tank.

The size will depend on how many fish you intend to keep. If you want one or two, make sure it’s at least 30 gallons, and if you want more, you should aim towards 55 gallons or larger.

The condition that the tank’s water is in will impact the behavior of your fish on many different levels, including when it comes to their breeding capabilities. You should make sure that you keep the temperature of the water between 72 and 82 degrees Fahrenheit.

Keeping a heater in the tank will ensure that the temperature remains stable, as fluctuations could also disturb your fish. Having a temperature that is too low will result in your fish not breeding as often and making them not as hungry.

But keeping the temperature too high will decrease your angelfish’s lifespan and affect their babies. You must also make sure that the levels of ammonia and nitrogen are as low as possible because these can be toxic to fish if the levels are too high.

Change the water frequently to get rid of bacteria, debris, and waste. Making sure that the water gets changed rather frequently will ensure that your fish will be able to successfully breed. 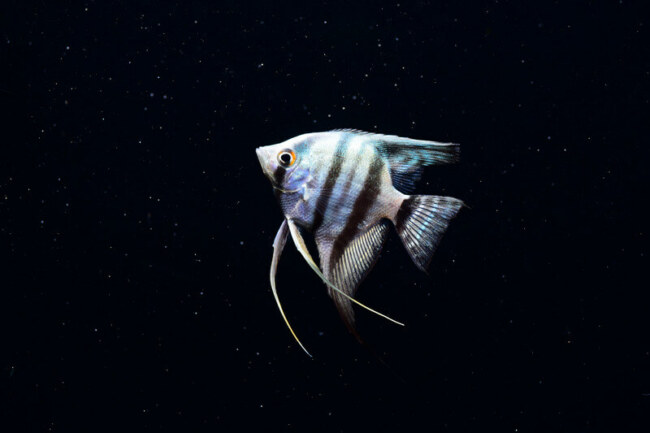 This might be difficult to determine on your own. If you’re buying them from a breeder, you will be able to get a better look at which ones will be more likely to produce quality offspring.

There are some angelfish that will have issues breeding according to their genetics, and then there are others that have better chances for the same reason.

If you want to keep an eye on the angelfish’s physical traits, you will want to look out for angelfish that are larger in size, round bodies (make sure the fish is taller than longer), fish that don’t have bumps on their heads of twists in their fins, and angelfish that are not aggressive.

Angelfish that carry all of these characteristics tend to be more successful at producing the most offspring, but this does not mean that angelfish with characteristics that slightly deviate from these will not have babies.

How experienced your angelfish are

If this is the first breed for your angelfish, you might notice that there will be fewer eggs than in later breeds. This is due to the fact that angelfish tend to learn about parenting through trial and error.

It’s totally possible that first-time angelfish parents will eat the eggs the first time, and then eat the fry the second time. This might make you worried, but it’s generally because they aren’t sure what to expect or because they want to protect the babies from the other fish in the tank.

But generally, after a few batches or so, your angelfish parents will stop eating the eggs and fry and allow their babies to grow into adulthood.

Angelfish, surprisingly, are very good parents and you will find that they are highly attentive towards their young.

So it’s not a surprise when you find out that angelfish tend to lay several batches of eggs throughout their lives and that many of their babies in later matches survive to adulthood.

An angelfish tends to reach sexual maturity when they are eight months old. The average range is between 6 to 12 months. This is when your angelfish will start to look for a mate and have babies.

The average lifespan for an angelfish is 10 years, provided that they are well taken care of and the tank conditions are perfect.

Let’s look at some of the more specific numbers, including how often angelfish tend to lay eggs.

It is very possible for a female angelfish to lay anywhere between 100 and 1000 eggs during each batch. This will depend on the size of the fish itself, as well as some of the other factors we listed above. 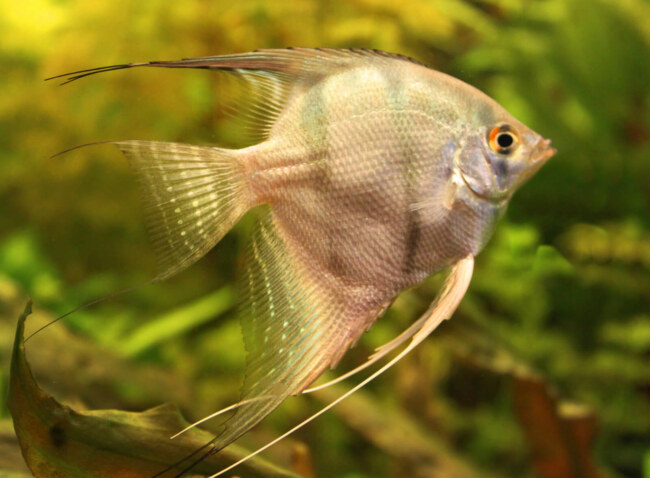 How many batches will the fish lay?

This will depend on what you do with the eggs after they’ve been laid. If you want to breed angelfish, then you should remove the eggs from the parents to make sure that all the eggs will hatch.

If you have removed the eggs, then it will generally take your angelfish between 7 to 14 days to lay another batch of eggs. If you keep the eggs with their parents, the angelfish will not lay any more eggs until all the eggs have been cleared away, which might take some time.

Generally, it is safe to assume that angelfish will have quite a lot of babies throughout their lifetime. And again, angelfish are known for being great parents, and after a few tries, they will pay a lot of attention to their young and be highly protective towards them.

Don’t be worried if your angelfish have not produced a lot of eggs the first few times; you will see all the babies they will produce within three or four batches.

How do angelfish mate?

Angelfish mate in a rather unique manner. Once a male and female have paired up and selected a spot for the babies to be born, the female will then lay the eggs. The male fish will follow and fertilize all the eggs, which will result in offspring.

How do I know if my angelfish are male or female?

Can female angelfish lay eggs without the male?

It is possible for a female angelfish to lay eggs without a male present. However, these eggs will not be fertilized and thus, will not produce babies. You will be able to tell that these eggs were not touched by a male fish because they will grow opaque in color.