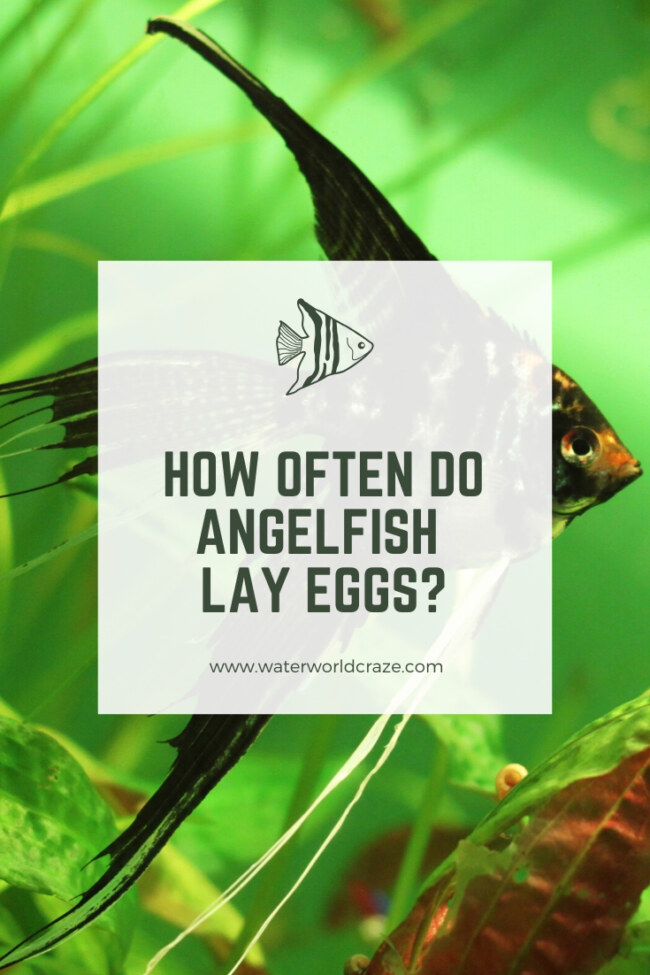 Female Angelfish will lay eggs once every seven to ten days once they reach maturation. It’s difficult to tell the difference between male and female Angelfish. Sometimes you can only know after you have observed the mating process.

Two or more Angelfish in a tank pose a risk of having fertilized eggs on a bi-monthly basis. If this is not something you want, you can take steps to prevent it. For those that do wish to breed their Angelfish, there are certain things you can do to help your fish out.

So keep on reading to learn how you can help your Angelfish to lay eggs!

Keep in mind that Freshwater Angelfish and Marine Angelfish have different ways of breeding and will require different conditions when laying the eggs.

How do you know if your Angelfish will lay eggs?

Whether or not your fish will lay eggs depends upon the sex of the fish. Females lay eggs, males fertilize them.

It isn’t easy telling the difference between a male and female, but they do have some differences that can help you identify the sex. However, even experts can be incorrect, because those differences are quite subtle and require vigilant observation to see.

Typically people tend to own Freshwater Angelfish as they are smaller and require less maintenance.

However, once you determine the sex of the fish you have you can decide whether you want to continue dealing with the eggs every couple of weeks.

Sometimes people will have several Angelfish in one tank. While this makes a beautiful addition to your tank, it may make it difficult to prevent fertilized eggs. The more fish you have, the more difficult it is to determine the sex of each fish. 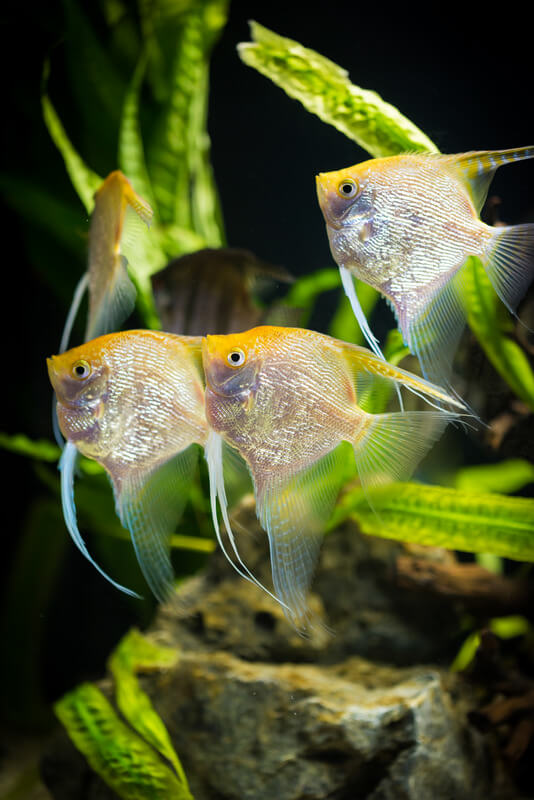 Egg Laying: The differences between Freshwater and Marine Angelfish

Freshwater Angelfish are monogamous couples. If there are several Angelfish in the tank and you see one pair laying and fertilizing eggs, they would be a couple. They will both become more territorial once the female is gravid.

If you have Marine Angelfish, this won’t be as simple. Some species of Marine Angelfish can switch sex. The dominant fish in a group will be the male. At any point this can change, depending on whether another fish becomes more dominant.

It won’t be as easy to differentiate between the Marine specimens. Depending on the species, they may have a harem as well.

In the wild, Marine Angelfish have a mating season that is determined by the temperatures in the water. They will likely lay eggs every day during this season. However, in captivity their eggs may not come as regularly.

If the temperature and size of a saltwater tank aren’t correct, it will affect the ability of the fish to breed. It is more difficult to breed Marine Angelfish than Freshwater Angelfish because of this.

How do I prevent my Angelfish from laying eggs?

Female Angelfish will lay eggs consistently once they reach maturation, especially if the eggs are removed from the tank. We explain more on that in this article: Do female angelfish lay eggs without males?

If you don’t want eggs, you may want to only keep fish that are younger or try to ensure you only have male fish.

Again, this may be difficult if you own Marine Angelfish.

Another solution may be to remove the Angelfish you do have for a short period of time and allow the other fish in the tank to eat the eggs. There are several different species of fish that can live with Angelfish and fish eggs is a good dietary supplement for them.

Talk to your pet store, they will know which fish will live with them best.

Finally, you can try scraping the eggs out before the male has a chance to fertilize the eggs. This process could prove counteractive, though. If the eggs are removed every time, the female may lay eggs more often.

How do I help Angelfish fry to survive?

The Angelfish babies, known as fry, have a very short gestation period inside the egg. After about two days you can look at the eggs and see the tails of the fry moving. After approximately four or five days the fry will hatch out of their eggs and begin to swim and move around.

Generally, Angelfish that are new to breeding will eat the first eggs they lay. They may do this two or three times before they allow the fry to survive. This is normal behavior, there is no need to worry unless it continues.

Try not to keep other fish that may eat the eggs with the Angelfish if you wish to breed them.

Angelfish prefer horizontal surfaces to lay their eggs on. If possible, include smooth rocks or other flat surfaces in the tank decorations. Also, beware that the Angelfish may move the eggs to another location once they have been fertilized.

Don’t panic if you can’t find the eggs. Just look for the parents, they won’t venture far from their babies.

Maintaining the temperature and cleanliness of the tank is very important. If the water is too cold or too warm, it may affect the fry’s ability to survive or even hatch.

If you own Marine Angelfish, keep an eye on the saline level in the tank. If not closely monitored it may prevent the fish from laying eggs or allowing the eggs to survive.