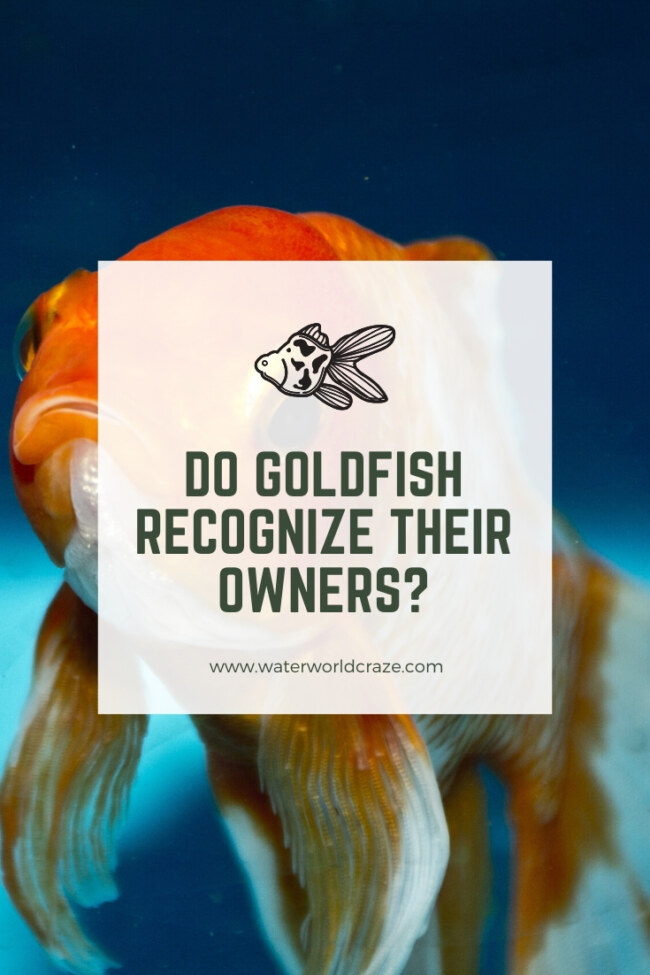 When a lot of people think of goldfish, they envision a rather stupid animal. But the reality is actually much different.

This is one of the least-studied animals out there, and one question that many scientists have wanted to answer is whether or not a goldfish has the mental capacity to recognize its owner.

The answer is most likely yes. Many people believe that goldfish can recognize and remember the faces of their owners. It is also possible that they have the capability of distinguishing their owner from a stranger.

So, despite the fact that you might have thought of goldfish as being dumb, they actually have quite a few impressive qualities.

In this article, we will talk about some of the mental capacities that goldfish have, as well as their capability of recognizing their owners.

Goldfish Can Recognize Their Owners

Despite the fact that goldfish have tiny brains, they actually have a lot more power than we might realize. In comparison to some of the other fish in the animal kingdom, goldfish are rather smart and have many cognitive capabilities associated with memory.

Their vision allows them to see you clearly

Goldfish can see the four primary colors and four different cone cells. Since this means that they have a rather clear vision, they can see you as you approach the tank or enter the room the tank is in.

They have a memory span of three months

Unlike the common 3-second myth, goldfish actually have a memory span that lasts 3 months. So, over time, your goldfish will be able to remember you and associate different colors, sounds, and more with you.

Goldfish have the ability to sense time

If you feed your goldfish at the same time every day, they will be able to remember that. Some people notice that their goldfish will start to swim toward the top of the tank when they realize that it’s almost time to be fed.

And over time, if you are the primary person who feeds your goldfish, they will start to associate you with food. Many people who own goldfish noticed that their goldfish would swim to the top of the tank when they enter the room- most likely because the fish are expecting to be fed.

There are many people who believe that their goldfish recognize them due to the behaviors that the fish display. For example, a stranger might enter the room or approach the tank, which will cause the goldfish to hide behind a plant or toy.

But when the owner approaches, goldfish might feel more relaxed. It has been shown that goldfish will start to feel less threatened by humans if they have had constant visual contact.

So, if your goldfish starts to see you more and more often, it will start to feel less threatened by your presence. And since goldfish have the ability to distinguish faces, it will be able to set you apart from other people who might be with you.

Some people will notice their fish acting in a more favorable manner toward them, including swimming toward the front of the tank or swimming at a faster pace. 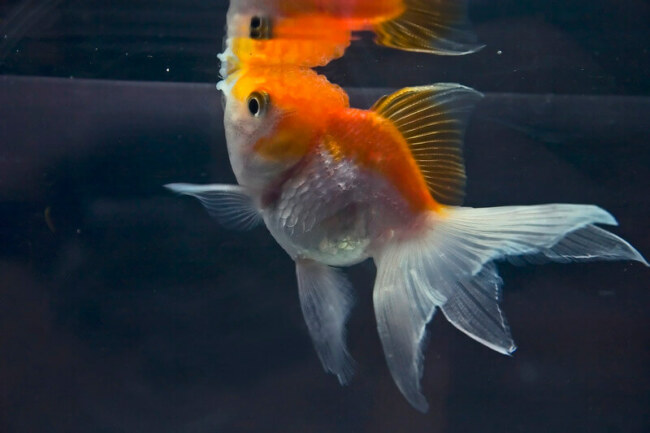 What Does Research Say?

A scientific study was conducted by Oxford University in 2016 about the memories and recognition of fish. While the species studied was archerfish, the people conducting the study also believe that it will apply to other species of fish, including goldfish.

The researchers would show fish two different faces and were encouraged to spit at one of the faces using food. Then, once the fish would seem to get used to one of the faces, many other people’s faces began to get shown.

The fish were able to choose the correct face most of the time, which is certainly an accomplishment since people have mostly the same features, especially members of the same family.

An Australian biologist Culum Brown in his interview for Vox told that a lot of species of fish are able to recognize individuals, as well as the difference between predators and non-predators.

He even wrote a scientific essay in which he argues that fish are much more intelligent than we believe (we show you in detail how smart goldfish are here). They are able to learn from one another.

This also comes into play when you’re feeding your goldfish, he argued, because fish are able to associate certain times and places with certain activities.

Not too much research has been conducted on goldfish for this specific question, however.

But since we know that goldfish have rather long memory spans, they are capable of seeing and hearing clearly, and they can get used to their environment, it is likely to assume that goldfish will also be able to remember their owners.

Many people who have goldfish can attest to this fact; they say that their goldfish act differently around them than other people.

How to Get Your Goldfish to Recognize You

When you first purchase a goldfish, you might notice that it is acting timid and shy. Of course, goldfish tend to be scared of humans and anything much larger than they are. This is why it’s important that you give it some time.

Remember: goldfish have a memory span of 3 months.

This means that it might take some time for your goldfish to get used to you and its environment.

The best way for you to get your goldfish to start recognizing you is to spend a lot of time near the tank. If your tank is in the living room, for example, spend a lot of free time there. The more your goldfish can see your face, especially at different angles, the better.

Try to be the only person who feeds them.

If there are other people in your family, try to make sure that you’re the only one feeding the goldfish. As we said earlier, goldfish have the capability of recognizing their owners through food.

If you’re the one who is consistently feeding your goldfish, then they will gradually start to recognize you.

Don’t tap at your tank and try to scare your goldfish.

The more you scare your goldfish, the less likely they are to be able to remember you- at least, in a positive way. If you act calmly around the tank and avoid scaring your fish, the chances are higher that your goldfish will swim out in the open when they notice you. 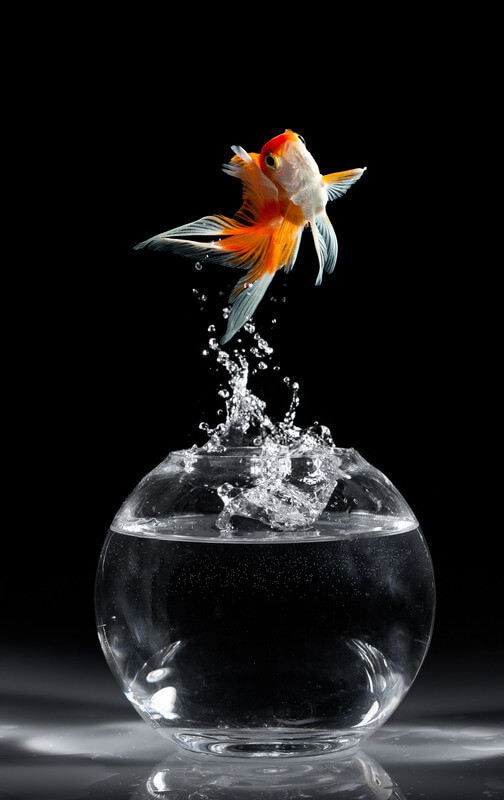 Important Things to Know About Goldfish

They most likely have feelings

It seems that, after some preliminary studies have been conducted, they are indeed capable of having feelings. They have intelligence, needs for socialization, and emotions.

They have a good memory

Despite the fact that many people think a goldfish has a memory span of 3 seconds, research shows otherwise. Compared to a lot of fish, goldfish have good memories. They are able to respond to light, music, and other sensory details.

Depending on the conditions a goldfish lives in, they can actually live rather long lives. Their lifespan is between 10 and 15 years. If you feed your fish proper food and the water conditions are where they need to be, your goldfish will live a long life.

So, the next time someone says that you’re “as smart as a fish,” there’s no reason to be insulted by it. Often believed to only have a 3-second memory, researchers found that goldfish actually are a lot smarter than we believed them to be.

And, their tiny brains have a lot more power than one would ever expect. So next time you go to feed your goldfish or stand near the tank, remember- your goldfish most likely recognize you as being their owner.