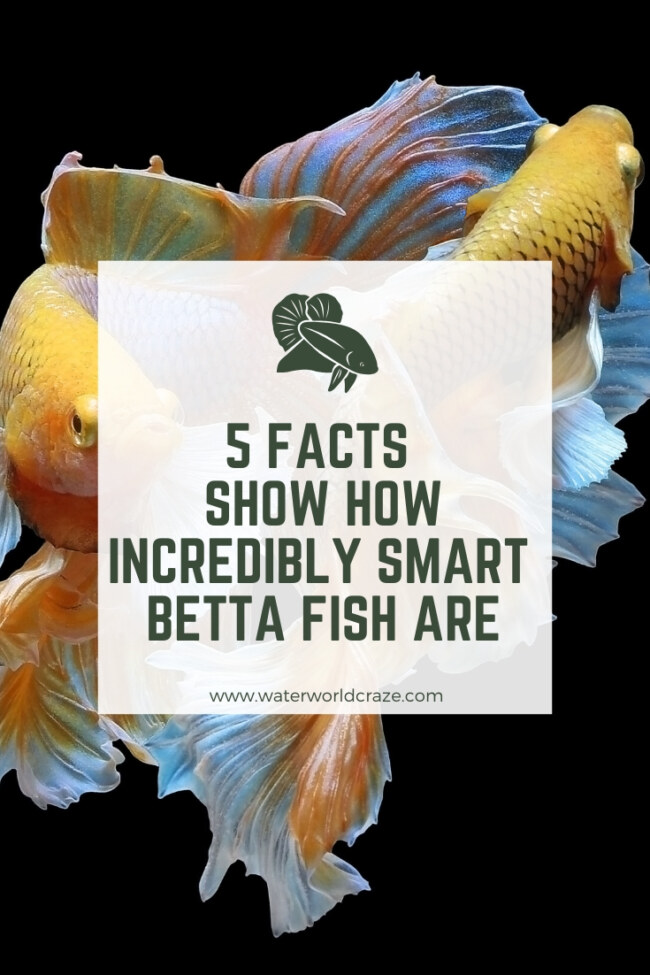 Betta fishes are considered as the second most popular fish for simple home aquariums. They are so popular that one might think that like goldfishes, they just tend to wander in their aquarium and do nothing. Which may lead you to the question, are betta fish smart?

Betta fishes are actually very smart. With proper training, they can recognize their owners and do a lot of tricks. Some examples of these tricks are; they can go swim through hoops and can even shoot a ball to a goal. Not only that, but they also exhibit some behaviors that ensure their survival.

Are you surprised? Well, you will be even more surprised as you read through this article as the betta fish somehow garnered a bit of a bad reputation. The truth is, they are also fascinating fishes which have their own quirks and personalities.

So keep on reading to find out more about them!

The Betta Fish: In A Nutshell

One might not think that a betta fish is smart as first when you go to pet shops, they are always presented in a separate plastic bag. Therefore, you may think that they are just “disposable” fish. Second, there is really not a lot of intrigue about betta fishes.

First off, just to get it out of the way, betta fishes are separated in plastic bags as it is for their safety and the safety of other fishes as well. They are also called Siamese fighting fish as like what their name suggests, they love to fight other fish, especially the males.

The truth is, this fish requires a lot of stimulation and even space. Many people keep than in tiny tanks or even in jars! If you want to get a betta fish, we explain here what kind of tank they really need!

By default, they are territorial and aggressive so they need to have the means to express their personality.

Although it is not advised to house male bettas in one tank (as they will fight, even to the death) you can easily “handle” and train a single male or female betta. 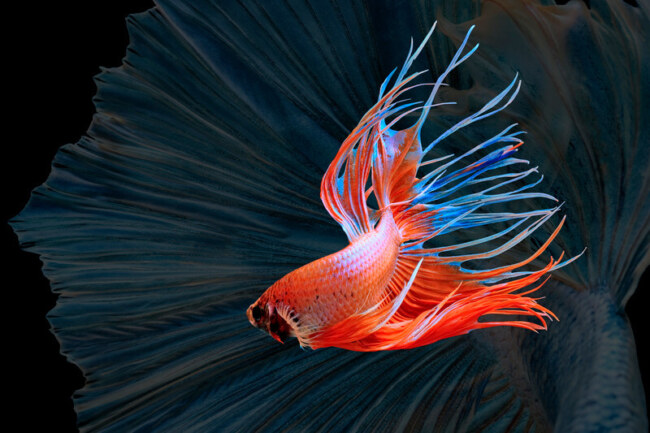 Are Betta Fish Smart? Yes, They Are!

Let us now go over the reasons as to why the betta fish is actually a smart fish. As we have mentioned earlier, it has a lot to do with proper training, but they also have instinctive behaviors that prove that they are one of the smarter fishes in existence. Let us take a look at the following.

It is interesting to note that bettas have a unique organ called, labyrinth organ. Simply put, this organ allows them to breathe air that comes from the surface. In turn, they can survive in waters that are low in oxygen.

Some examples of these waters are stagnant ponds, rice paddies, and polluted waters.

More than that, they also have the ability to survive “fish out of water” instances for a short period of time, given that they are still kept moist. So given these instances, one might think that bettas are not that worried when they lack oxygen, right? But no, that is not the case.

In fact, when they feel that the oxygen level is low, they will conserve their use of oxygen. Further, they will then go to the surface and replenish their oxygen supply and do not move so much so as to save on energy and oxygen.

But what is most surprising is that they also take in water in their mouths. Why is that? The reason is that, so they can keep themselves moist when they go out of the water.

In cases where they know that their leaping or jumping may lead them to leave the safe haven of water, they “pack” some water with them.

Just have a look at the betta fish in the video below jumping out of the water to get to the next “pool”. This is absolutely amazing!

This has a lot to do with their mating habits and rituals. What happens is that after such an elaborate courtship ritual with a female betta which urges her to release her eggs, the male betta will gather the eggs in his mouth.

He will then spit those eggs in a bubble nest. Why do they do this? To ensure the eggs are kept moist and are oxygenated properly. Not a lot of fishes do this as more often than not, once the eggs are fertilized they will just leave them be for a predator to eat or what have you.

But for betta fish, they want to make sure that the eggs successfully hatch. Which is why they go through the extra effort of creating bubble nests.

This is yet another exhibition of their intelligence as they want to ensure that their kind successfully lives on. You might think that this is just a simple act, but not a lot of fishes guard their offspring. In fact, they may either cannibalize them or leave them to be food for other prey.

It is a different story with the male betta fish. After they finish building their bubble nest, they will then guard them against other fishes that may destroy the nest or eat the eggs. They also keep the female betta fish away from the nest.

They will stand guard until all the eggs hatch. Only then will the male betta fish move on with his life. This is clearly an exhibition of awareness as he wants his next of kin to survive.

4. Betta Fish Can Recognize Their Owners

If you interact often with your betta fish, he will eventually realize that you are his owner. You will notice that he will start following your finger as you run it through the outside of his tank.

More than that, when you are walking near his aquarium, you will see that he will follow your every move (much like how a clingy dog follows you around).

Once your betta fish exhibits this type of behavior, it means that he or she trusts you and that you can train him or her to do more complicated tricks.

They do not only recognize their owners, but they also know which one is their owner’s voice and face. You might want to try this out with some members of your family or friends.

Have them stand near the aquarium and you will see that your betta fish will hide or become aggressive to others. But when you place your face near their aquarium and they hear your voice, they will come out of hiding and try to interact with you.

5. Betta Fish Can Be Trained To Do Tricks

We are not only talking about simple tricks here where they will feed on your hand, but they can also do complex tricks. A good example is you can train your betta fish to jump and then hit your finger. For this trick, your betta fish can master it in just two to three weeks.

All you need to do is to wet your finger and put a betta pellet on it. You must hold it slightly on top of the water and you will see your betta will try to jump over your finger. If it proves to be a bit difficult for him, you can simply lower your finger.

After a while, you can pull your finger higher until he gets the point of the trick. Once he gets what you want him to do, he will jump over your finger even without the use of food.

As for the complex tricks, you can purchase training kits for your betta fish like this one (click here). Some of these kits include swimming hoops and other obstacle courses.

What is great about these training kits is that there can be an automatic latch wherein it will release food if the trick is done successfully, even without your supervision.