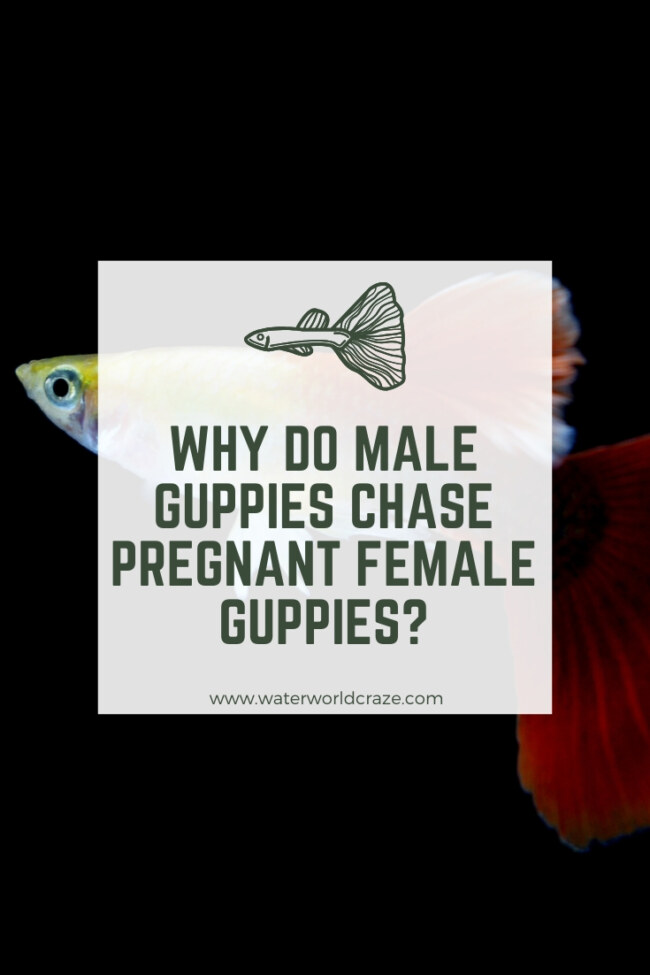 You might be wondering why your male guppies keep on chasing your pregnant female guppies. It is assuring to think that they are just checking on the female guppy and the guppy babies, but this is far from the truth. So why are they doing this? Is this a pregnancy ritual? Are they just being anxious fathers?

However normal this behavior is in the guppy world, there are certain consequences in which the pregnant female will definitely go through. As unfair as that might sound, you might be surprised that the negative effects are drastic with the chasing males.

You will learn more about this behavior and its effects as you read through this article.

So keep on reading to find out what happens to the female pregnant guppy.

As we have mentioned earlier, the males do this in order to breed with the female immediately after she gives birth. There have also been studies and observations wherein the male will be successful in mating with the female even while she is pregnant.

Scientists still have not found out why do they do this as the female is already pregnant and mating with her again will of course not result in more babies.

However, a lot of them theorize that the males cannot comprehend this fact, instead, once they see that a female is pregnant, their instant thought is to keep chasing her to breed.

Another reason as to why this is happening is that female guppies are actually choosy when it comes to mating as the cost of egg production is too high.

As compared to male guppies where the cost of sperm production is not too much as they are always there and it does not require much energy to produce.

This may also explain why their need to breed is always there. As sperm is readily available, then they should do everything in their power to make it count. 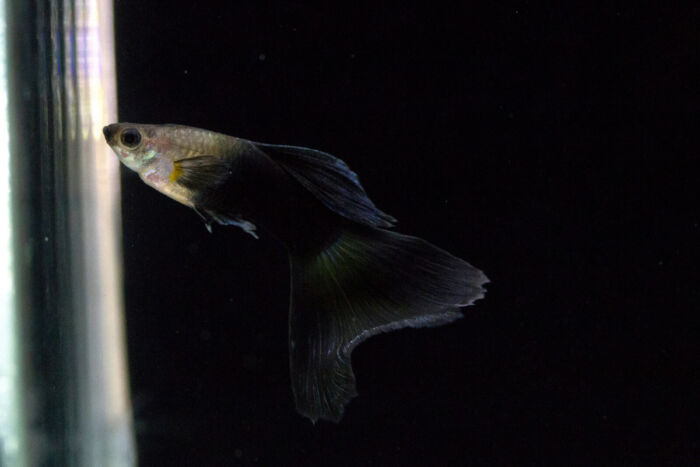 What Happens To The Pregnant Female Guppy?

Let us now discuss what happens to the pregnant female guppy who not only has to deal with the hardships of pregnancy, but also has to evade the chasing males. This is actually a problem with guppy breeders as the females tend to be so stressed which results in the following:

The female will end up just swimming around and missing her meals. She might not even find the time to forage for food as when she slows down, the males will catch up with her and will harass her more.

This is also the reason as to why some pregnant females look thin with their bulging bellies. They can only eat whatever that comes directly their way as they swim away from the chasing males.

When taken in the human context, this is like premature delivery. Therefore, the pregnant female guppy will give birth earlier than expected. This may result in healthy fry, however, the chances of that happening are low.

More often than not, the baby guppies are underdeveloped, so they will most likely not survive in the aquarium.

In the event that there are healthy babies, their number is still low as compared to giving birth in due time. Further, researchers found out that for those babies who managed to survive, they still have birth defects.

This is what happens when the pregnant female is forced to get rid of the guppy babies. This is different from the early drop as this time, the baby guppies are definitely underdeveloped. Sadly, they will just end up being food to all of the guppies present in the aquarium.

This is the worst-case scenario but it is very possible. Think about the many hours and even days of just trying to get away from the males and that is without food and also the burden of carrying the babies.

Surely, the female will eventually get tired. Stress and exhaustion will surely be the nail in her coffin.

By now, you might think that this is extremely unfair to pregnant females. But the truth is, the chasing males almost always suffer bigger consequences. What is that? They usually die.

A study already proved this occurrence and it was found out that males who spend more than 45% of their time chasing females have a mortality rate that is three times higher when they are housed with females rather than being housed with their fellow males.

Therefore, not all of the chasing males will survive the “chase.”

For pregnant females, yes they can become stressed and even die, but for males, for some of them, if they keep chasing the female, they will truly die. It has also been observed that usually larger males suffer this fate.

There is still no explanation as to why this happens to males as they have been observed to be eating properly, only to resume their chase. However, one theory is that it is the way of nature of balancing things out.

Meaning, in order for the female to have a successful pregnancy, it was somehow programmed by nature to let some males die so that not a lot of males will be able to harass her. 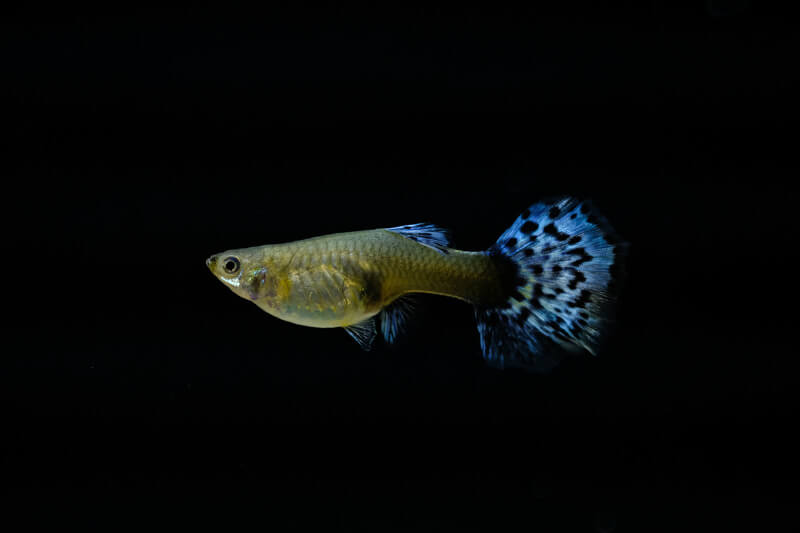 What Should You Do

Now that you know that the effects of this chasing behavior can be so negative to both males and females, you can do something about it. Good thing, the solutions are pretty easy to do. Take a look at the following.

A lot of breeders do this technique even before there are pregnant guppies. This is about housing at least one male with three females. There are also setups where there are three males and six females.

In this way, when a female gets pregnant, there are still other females that can distract the male.

In turn, the male will not constantly chase the pregnant female. There will still be some chasing, but it will be drastically minimized.

If you plan to house only male guppies or if you are already only housing male guppies, you should read our article on that here!

Separation Of The Pregnant Guppy

For this one, you should always be on the lookout for pregnant guppies. The good thing is, it is pretty easy to spot. Just look for a grey or black spot in their bellies and that means that they are gravid which is just a fancy term which means they are pregnant.

Once you see this sign, it is now time to separate the pregnant guppy. You can do this by placing a breeder box in the aquarium. In this way, the pregnant guppy will not be stressed as she is still essentially in the same water as her home aquarium.

You can leave her there until she gives birth. Immediately after giving birth, you should let her out.

Another thing to do is to completely place her to a different aquarium. Of course, you should always temper the water of her new aquarium. You should make the water as close to the conditions of her present aquarium.

After she gives birth, just like with the breeder box, you should put her back to her old aquarium.

Read more on isolating female guppies in this article!