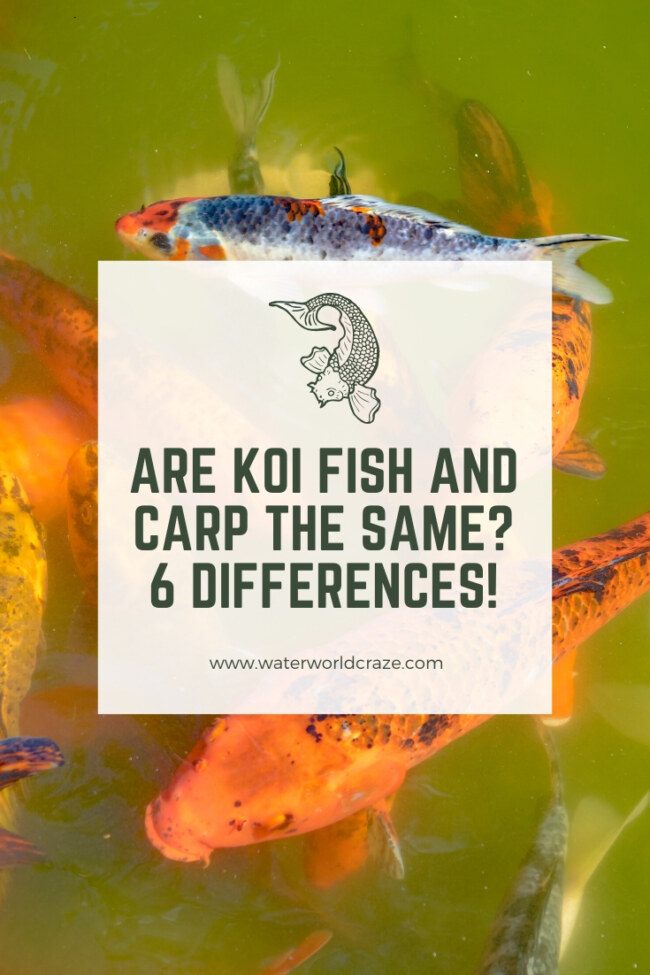 Are koi fish and carp the same? A lot of people have asked this question and it is not really a surprise as the two fishes somehow look the same. In fact, this is not a coincidence as koi fish originated from the common carp. So does that mean that they are the same?

Koi fish and carp are not the same. Even though the koi fish’s ancestor is the carp, selective breeding has managed to change the physiology of the koi fish. They have different body shapes, sizes, fins, colors, and scales. Further, they also have different ways of life.

It can really be confusing especially since one cannot claim that koi fish are not carp, as technically they are. At the same time, you cannot say that carp are koi fish.

Getting confused yet? Well, do not be! In this article, we are going to discuss the differences between the two fishes. So keep on reading!

The Carp Is The Ancestor Of Koi Fish

In order to understand this, let us briefly go back in time. During the 1600s, the Chinese were farming carps in their rice paddies. This practice was able to travel all the way to Japan.

The only difference is, the Japanese found that there are different color variations in the carp that they bred, and so they continued on experimenting on their breeding process. The result is the koi fish.

At first, the koi fish colors are white, black, red, and blue. But as the Japanese perfected their breeding technique, they were soon successful in breeding different color variations and patterns. During this time, the koi fish were only bred exclusively in Japan.

As the breeding process was made to perfection, the koi fish was viewed as a species of royalty. Thus a lot of royal families have them as well as the affluent families. This is the reason why the koi fish are immortalized in a lot of ancient paintings and relics in Japan.

It was only during the 1900s where the koi fish were bred in other parts of the world, like the United Kingdom, the United States of America, and Europe.

Who would have thought that such a majestic looking fish came from the common carp, right? Well, we have to thank the Japanese for that! 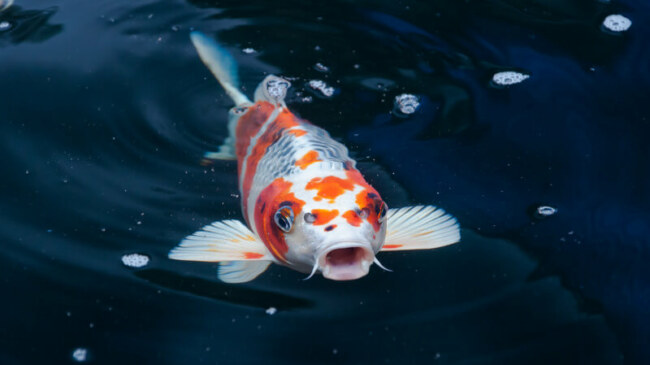 Koi Fish vs. Carp: The Differences

Now that you know why a lot of people claim that koi fish are carp (which they relatively are, but you know better), let us now take a look at the key differences between the two fish for you to further understand that even though koi fish originated from the carp, they are still not the same.

At first, koi fish were just carp. They were bred for the purpose of eating. But as the Japanese noticed that their common carp started to look different, they were bred for ornamental purposes.

Simply put, carp can be eaten, while koi fish are not bred to be eaten. So does that mean that you cannot eat a koi fish? Technically, you can. But as the koi fish were elevated from being a common fish to being an ornamental fish, their price also went up.

The question now is, who in their right mind will eat such an expensive and good looking fish?

This is the most obvious distinction between the carp and the koi fish. Carps almost always have a golden brown color or a dark brown color. In time, this will fade into a lighter hue which you can see near their bellies and fins.

On the other hand, koi fish come in a variety of colors and patterns.

The body of a common carp is taller and a bit more compressed compared to a koi fish. Their growth is commonly seen in their midsection.

As for the koi fish, they tend to grow a bit longer. You should blame selective breeding for that torpedo-like shape. Their midsection is also thick, but it tapers down to a much narrower tail and head. One can say that the koi fish is the sexier version of the common carp.

Both of them are generally large fish. If you compare a koi fish to a common carp, the former is relatively larger. The reason behind this is that the average size of a koi fish is 24 to 28 inches.

As for the average size of the carp, it is only 15 to 27 inches. But, and this is a big but, the carp has the capacity to be bred in such a huge size. In fact, the largest carp that was ever caught weighed 105 pounds.

This weight is relatively heavier than Big Girl, who is the world’s largest koi fish and she weighs 91 pounds! Definitely, even though there is a slight difference in weight and size, these two fishes are such big ones.

In this regard, we also recommend reading the following articles:

When it comes to the differences of fins between the koi fish and carp, no one has ever successfully figured out why they have different fins. Selective breeding can definitely affect size, scales, and color. But when it comes to fins, they pretty much stay the same.

So in this factor, maybe we can blame it on chance and a whole lot of Japanese luck. The common carp’s fin has a separated spine which also has an elongated dorsal fin.

On the other hand, the koi fish has somehow figured out to get rid of these spines and replace those with beautiful fins that are flowing. You can see these beautiful fins in the butterfly koi.

Lastly, one of the biggest differences between a koi fish and a carp is the look of their scales. It is a given that both do not have a lot of scales which is why they are called leather koi or leather carp. 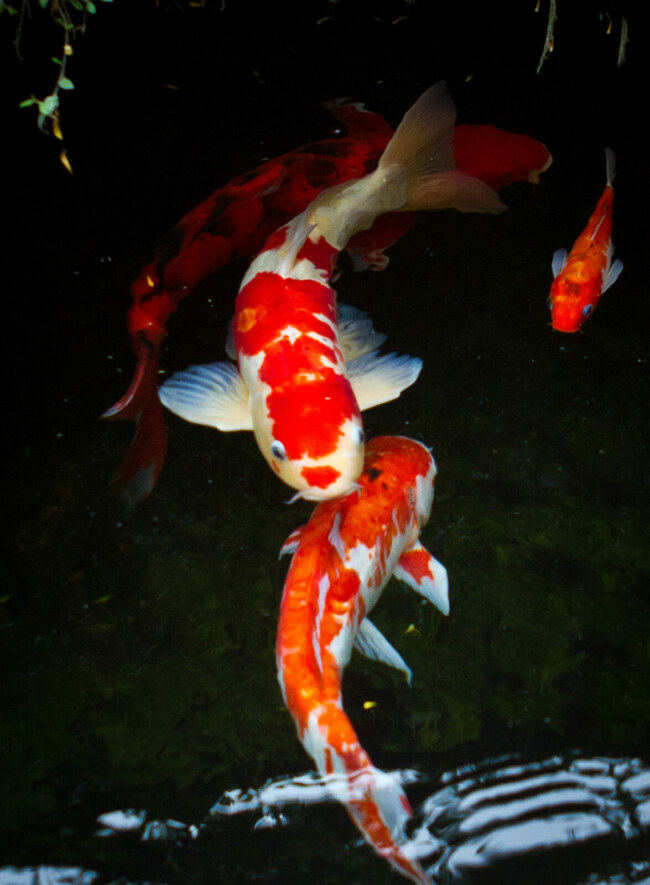 How The Japanese View Koi Fish

It is really interesting to see how a different looking “carp” turned into such a big thing in Japan. As we have mentioned earlier, when koi fish came to be they were a sign of affluence which is why royal families and rich families bred koi fish in their gardens.

But it does not stop at that. For the Japanese, koi fish are a reminder of humility.

This can stem from the fact that they looked so plain before, but now they look so majestic. This is also the reason why there are koi ponds in dojos, which serve as a reminder to students that they should always remember their roots.

More than that, koi fish are a sign of tranquility and elegance. As they gracefully swim through their pond and show off how good looking they are, it is a reminder to the Japanese to always hold their own and present the best version of themselves to everyone.

Fascinating is it not? People have derived these meanings from a koi fish. But we truly believe that koi fish deserve these meanings, they are in fact a splendid fish.