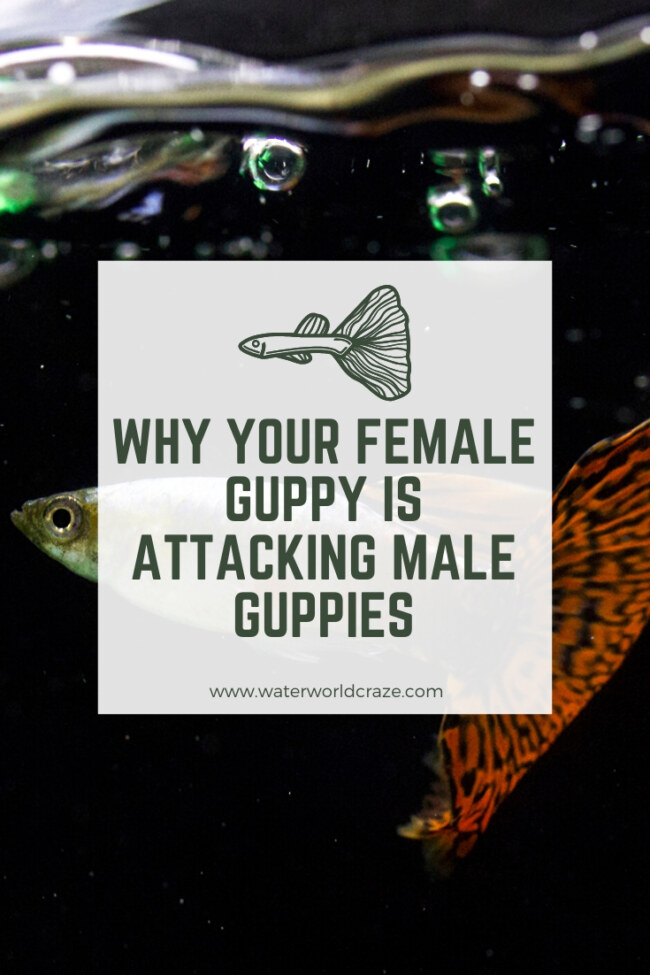 Female guppies attacking their male counterparts is a form of defense mechanism against their constant bullying. However, there are instances where female attacks are caused by stimuli caused by other females. There is also a physiological explanation in such a case where the female has a defect.

This attacking behavior from female guppies does not occur often, which is why when this happens, you should be on alert as it may lead to the death of not only your male guppies but also the females. If this is happening in your aquarium, then keep on reading to know what you can do!

Why Is My Female Guppy Attacking My Male Guppy: The Reasons

Before we discuss the steps you can take in order to prevent your female guppies from attacking your male guppies, let us first go over some of the reasons why this behavior is happening. The surprising thing is that not a lot of studies have been done about this as they rarely happen.

The reasons that we are going to discuss are based on theories of researchers as well as breeders who have experienced this behavior.  Definitely, these reasons are valid as they coincide with the solutions that other breeders have done.

With that in mind, this is not an exhaustive list as there are still other reasons for this behavior. So just be always on the lookout for other behavioral changes in your tank.

This is in relation to the fact that male guppies constantly chase the female guppies. Needless to say, the constant chasing of males can be detrimental to the survival of females. Female guppies end up stressed and tired.

Further, once they were successfully mated by the male, they will now carry the burden of giving birth to fry. Therefore, the female will attack the male when she feels that the chasing is being too much.

Case in point is the fact that the female can no longer eat or forage as she is always trying to evade the male. Additionally, she might not even have had a good rest due to the badgering of the male.

In turn, the female will try to fight back so as to see if this can stop the male from chasing her. 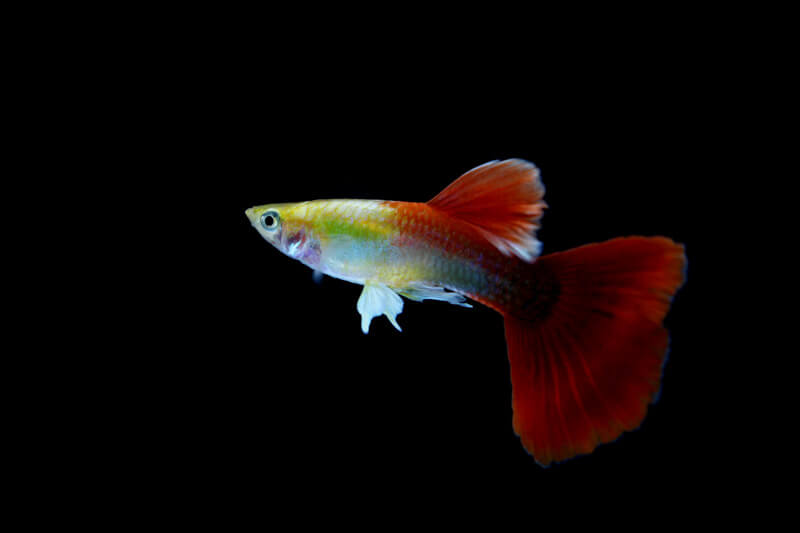 The biggest explanation for this is the fact that male guppies almost always chase after the pregnant guppies. This can be extremely stressful to pregnant guppies as they can no longer do the things that they used to do, plus they also have to protect the babies that they are carrying.

It is still unsure if they are just trying to protect their unborn babies, but researchers somehow conclude that it is more about them trying to survive.

Stressed pregnant guppies may get weak and eventually die, so even before this happens, they try to stop the annoying males from chasing them.

Further, there are other breeders that reported that immediately after the pregnant guppy attacks the males, she will abort the fry or give birth early. This is an indication that the attacking behavior is only brought about by too much stress.

This is a very unique theory in such a way that it adds irony in the current “chasing behavior” of guppies. Let us break it down to the basics.

It is a fact that male guppies chase female guppies as some sort of mating behavior. The same goes for pregnant guppies that are being chased by males.

One would think that the females are so tired of the constant chasing of the males, that when they do decide to stop chasing them, the females will be relieved.

Apparently, that is not the case. There are certain instances when the female will attack the male just because she is no longer being chased. This is especially the case if one or two females are already pregnant and the males are fawning over the pregnant ones.

As peculiar as this sounds, this actually happens. The attack of the female is not about hurting the male, but it is simply a call for attention, that they should be chased too. Ironic, right?

Researchers are still looking into this, but one explanation is the fact that the females are also calling out to breed. They are not protecting the other females, rather they are signaling the males that they can be mates too.

The attack from female guppies can also be caused by physiological issues. In this case, there is something wrong with the brain of the female that leads her to attack the males for no apparent reason.

This can be brought about by birth defects or a disease that they were not able to overcome. The good thing about this is that there is still no evidence that whatever is wrong with one female guppy will be transferred to another female, except if it is caused by a birth defect. 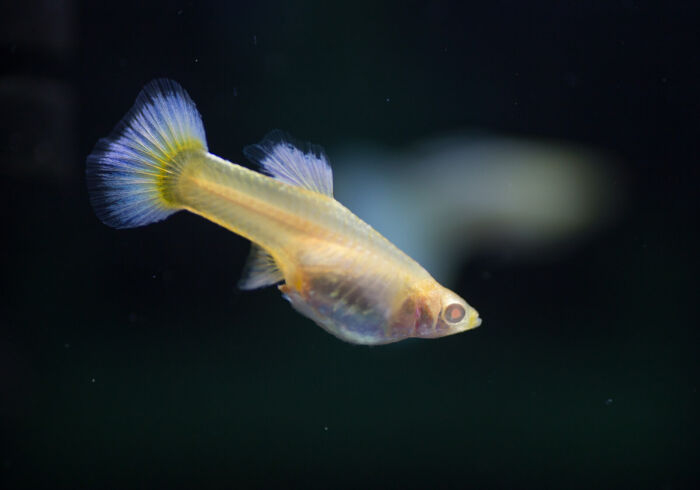 When the attack of the females is in the form of chasing the males away from food or even nipping them during feeding time, then it is a clear indication that some of their needs are not properly met. This can be a lack of food or problems in the condition of the water.

If you missed feeding your guppies, then the females might be hungrier than usual. Further, if the conditions in the tank are not balanced, this may cause your female guppies to want more food.

So if you have a lot of females in the tank as compared to males, they will compete against the males so that the females will have more to eat. The same goes if they are competing for space.

What Can You Do?

Let us now take a look at some of the things that you can do to prevent this behavior.

If the problem stems from the lack of food, then simply try feeding your guppies more. Make sure that you do not overfeed them as some of the uneaten food will create excess waste in the tank.

Check The Conditions Of The Tank

If there is something wrong with the water, it is time to check its conditions. Probably, the waste and the presence of other parasites is disrupting the ecosystem in the tank.

You might need to add more water or you can temper the water conditions. It can also be a case where the females do not have enough hiding spaces, so you can add live plants and caves.

It is best to have a breeder box once you see that you have a gravid female guppy. In this way, she will not get chased by the males and the possibility that she will fight back will be eradicated.

Moreover, the other females will not attack the males to call attention to themselves. Using a breeder box kills two birds with one stone, as both of the male and female guppies will be protected. Moreover, the fry is also protected from their cannibalistic behavior.

Change Up The Ratio Of Guppies

It is advisable to house more female guppies than males in one tank. The ideal ratio is three is to one. However, if this is causing problems, you can try adding more males in the tank.

For example, you can add another male in a tank where there are four female guppies, so you will be left with two males and four females. Just make sure that the gap between males and females is at least one and a half guppies.

Why is there a half? We are simply accounting for the size of other guppies, ie. the bigger ones.