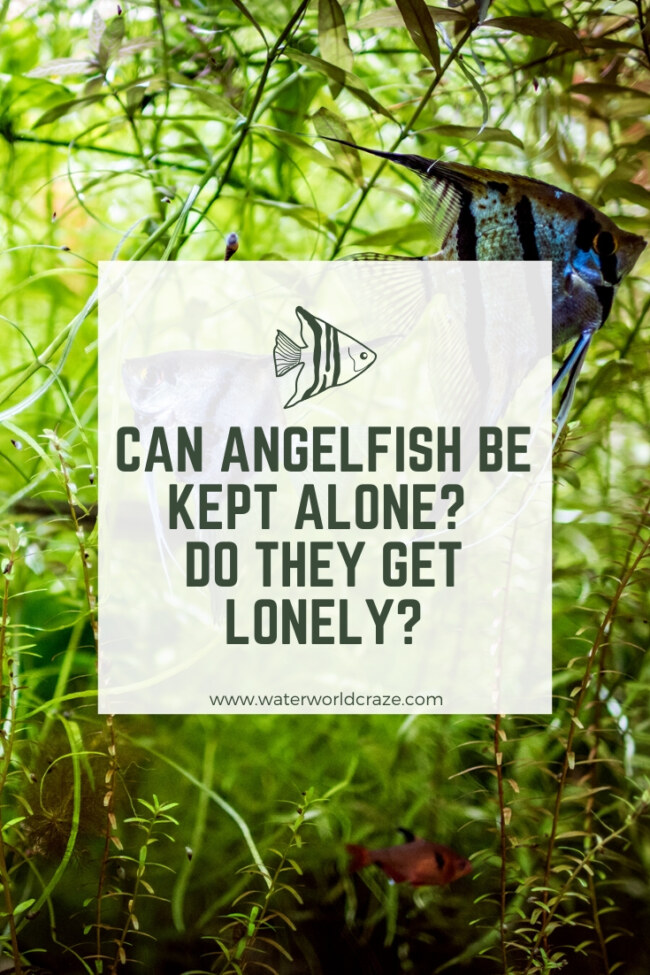 Loneliness seems terrible for us humans and it has been observed in a wide variety of mammals. But what about fishes – especially angelfish? Do they enjoy solitude or do they get lonely? Can one keep a singular angelfish in a tank?

To answer the question of loneliness, we are yet to explore if fishes ever get lonely or not since loneliness can be a human concept, which might not be relevant for fishes. Getting to the next part of the question, angelfish can be kept singularly in a tank given that you get all their habitat conditions right.

But it sparks off another set of interesting questions. What exactly can be solitude for an angelfish? Let us explore all the other factors of the presented question and understand it more.

Breeding A Singular Angelfish In A Tank

Most of the angelfish that we get from breeders are freshwater angelfish. The other variety of angelfish is tropical ones, which can thrive in saltwater. All the others are a variant from each of the two categories. There are not many differences in their behavior.

The only difference in their behavior comes from where have you procured your fish – is it from the wild or from a breeder? It is speculated that an angelfish in the wild might be less or not at all prone to said ‘loneliness’ than an angelfish in captivity.

Although angelfishes are said to be a community fish, they can very much thrive on their own. A lot of their behavior also depends on how they started off their journey in the tank.

Were they alone in the tank at first and has always been alone? Then they can thrive in a healthy way. If not, they can behave a little differently when left alone by various circumstances that we will explore further. 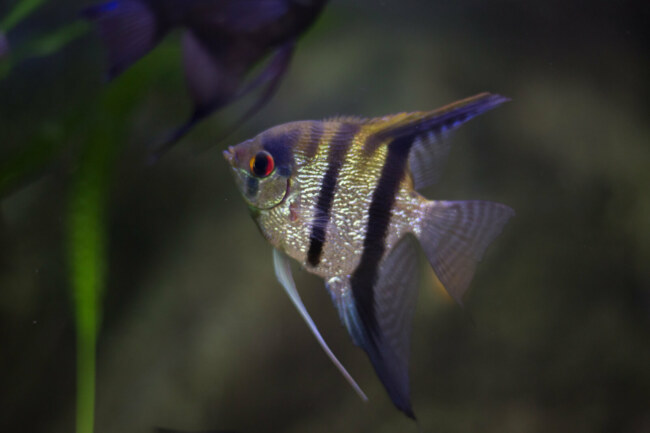 Companionship And Isolation After One’s Death

The idea of loneliness can be further aggravated with a loss of companionship. If an angelfish can thrive in solitude, without prior companionship, then what would isolation do to it after they have a companion and it dies?

Although these two situations will keep them alone or in isolation, the process itself defines the idea of loneliness for them.

When bred in pairs and in captivity, they might start searching for their partner or might search for another mate in case a tank has a group of angelfishes. You can observe this same behavior in angelfishes in the wild.

But there is a third situation as well – what if an angelfish is kept in total isolation after having some experience of companionship.

For example, what if they are transferred to another tank away from other fishes? It is observed that the isolated angelfish might start behaving differently than the angelfish that already was in solitude from the beginning.

However, if you are in a situation where your angelfish had a companion and it has died, you should be careful while getting them a new partner. Angelfish are not desperate for companionship even though they are labeled as a community fish.

If they like their new mate, then it is a happy story. Else, it can be another season of the bachelorette or bachelor – angelfish version.

There can be another aspect of loneliness – not having your own kind to interact with. Since angelfishes can thrive with a selected number of other kinds of fishes, it gets a little easier to keep them together.

Now, here is the game-changing thought – adaptability. It is almost impossible to understand if fishes have certain emotions or not. Pitting this idea against different situations would need wide research on fishes, which is not currently available.

But there is one idea that can actually give us some hints – adaptability.

Angelfishes, be it in solitude in the wild or in captivity, will try to learn how to adapt in their new territory or changed situations.

Even when they have had the experience of companionship in the past and are suddenly kept in a situation where they have to be isolated, they will try to adapt.

So if you want to keep one angelfish in a community tank, we highly recommend reading our article on that here! It will show you what can and can’t do in such a situation and it will show you how to avoid losing any fish.

Stress – Loneliness In Disguise For Angelfishes

This is the same thing that happens with angelfish kept in isolation after having prior experience of companionship.

So what you might be looking at can be the signs of stress more than the signs of loneliness. The thing you should focus on is to make their environment stress-free by taking into consideration their water filtration, temperature, toys, and other decoration you put up in tank.

They are not schooling fish that need companionship to thrive. But if you think that they will enjoy some company of other fishes, be it their kind or another, add them and observe. 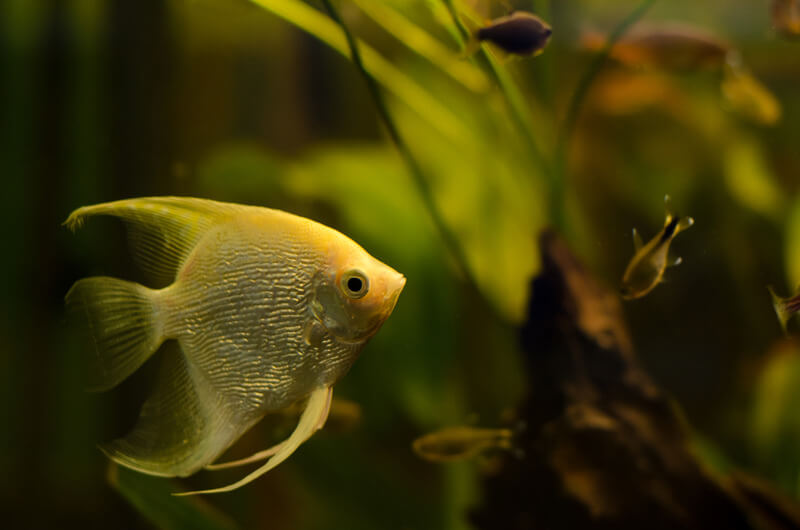 Angelfish looks graceful and pretty in a tank. They are a little high maintenance as well. But they are also very aggressive, territorial, and have a carnivorous diet.

This means that they can quite happily create a gore scene if you introduce smaller, harmless fishes to the tank. Also, their mating rituals are aggressive as well. They are named angelfish based on their appearance, not their nature.

Hence, it is important for you to introduce and breed fishes that will be able to tolerate their bossy and aggressive behavior. You wouldn’t want dead fishes floating on the top of your tank due to their aquatic fights.

Although Gourami is also often recommended in a list like this, many pet parents have pointed out that their compatibility doesn’t work out very well. They both are territorial and can get really aggressive.

In other cases, angelfish might be able to swim peacefully alongside a different breed but may eat off their fry. This can be true for fishes such as mollies, swordtails and platys.

Freshwater angelfishes are cichlids and can thrive with other hybrids of cichlids such as blood parrotfish. You can also add discus to the tank but they are more prone to diseases and need more care.

The last piece of advice we will give you is that every fish has a personality and has its own equation with other fellow tank mates. Keep a watchful eye during their interactions and observe if they all are living in harmony.

This list is not a definitive list for compatibility and there can always be exceptions to the case.