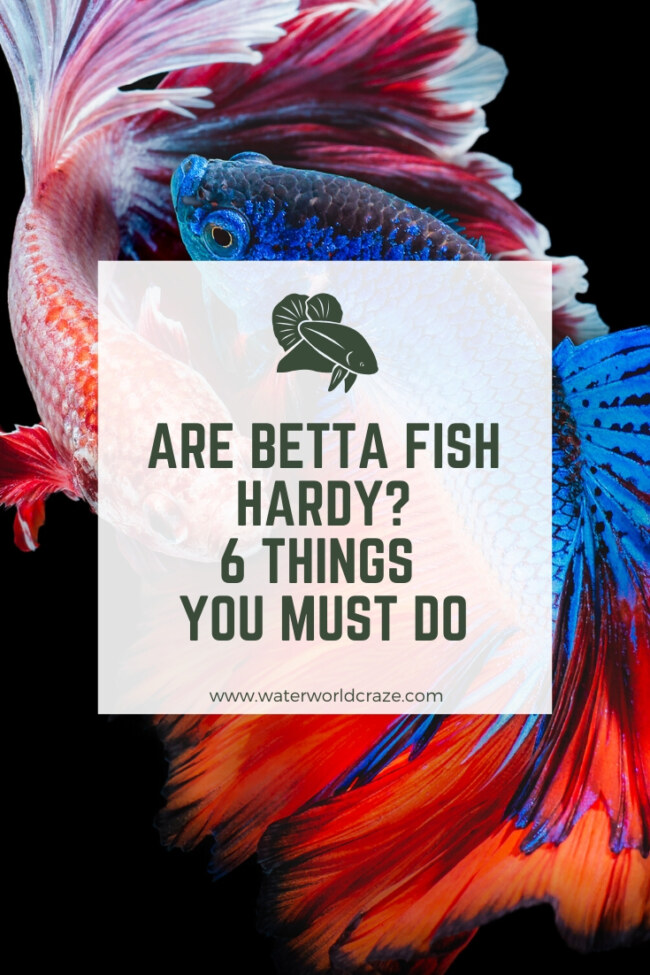 With their flashing colors and long slinky fins, bettas are one of the most eye-catching fish species you are going to see in a pet store. Besides their good looks, bettas are also known for being resilient and easy to keep, which makes them hard to resist.

But, are betta fish hardy? Yes, betta fish are hardier than many other types of fish. Bettas can survive in water with lower oxygen levels and they need less space than other species. While easier to keep, bettas aren’t low maintenance pets and have to be properly cared for to thrive. Otherwise, they can get sick and die.

Although this is a rather short answer, it will satisfy your curiosity for now. Continue reading to find out the most common betta fish diseases and how to keep your betta healthy and strong.

How Hardy Are Betta Fish?

Although they are one the hardiest aquarium fish, bettas can still get sick and die just like any other less resilient species.

You have probably seen bettas living in vases with nothing except a plant on top to feed them. While it is true that they can survive in these conditions, they won’t be happy or healthy living contained in a tiny bowl or a container.

Bettas need filtration, warm and clean water, spacious tanks, regular feeding, environment enrichment like plants and caves to remain healthy and strong. Even the hardiest betta will be susceptible to diseases and waste away without these basic things.

The most common diseases to affect betta fish are:

Fin rot is a bacterial infection that eats away the fins, leaving a majestic betta looking crippled. In most cases, this condition is the result of poor water conditions that stress the betta and lower her immune system’s ability to fight off the disease.

If left untreated, fin rot will work its way into your betta’s body, and eventually, kill it.

Treatment consists of complete water change and medication for the initial bacterial infection. Furthermore, anti-fungal medications are also used to prevent any chances of a secondary infection.

Ich, also known as white spot disease is one of the most common and persistent parasite infections in freshwater fish.

The first sign of this disease is a few white spots on betta’s body, fins, and gills that look a lot like a grain of salt. However, these tiny spots are actually cysts that contain the immature stage of the parasite known as tomites.

An infected betta will rub against any surface in the tank or clamp the fins as it tries to get rid of the parasites. This condition is highly contagious and deadly if not spotted in time and treated.

Treatment includes rising the water temperature and using malachite green or other ich treatments that will encourage the cysts to detach and burst.

Also known as rust, or gold dust disease, velvet is caused by parasites found in the tank’s water. An affected betta will look like its covered in gold dust or rust and will start rubbing against anything in the tank.

The treatment for velvet looks a lot like the treatment for ich and includes raising the temperature of the water, diming the light inside the tank, and treating the betta with malachite green.

You should know that velvet is highly curable when diagnosed on time, thus your betta will have a good chance of surviving. 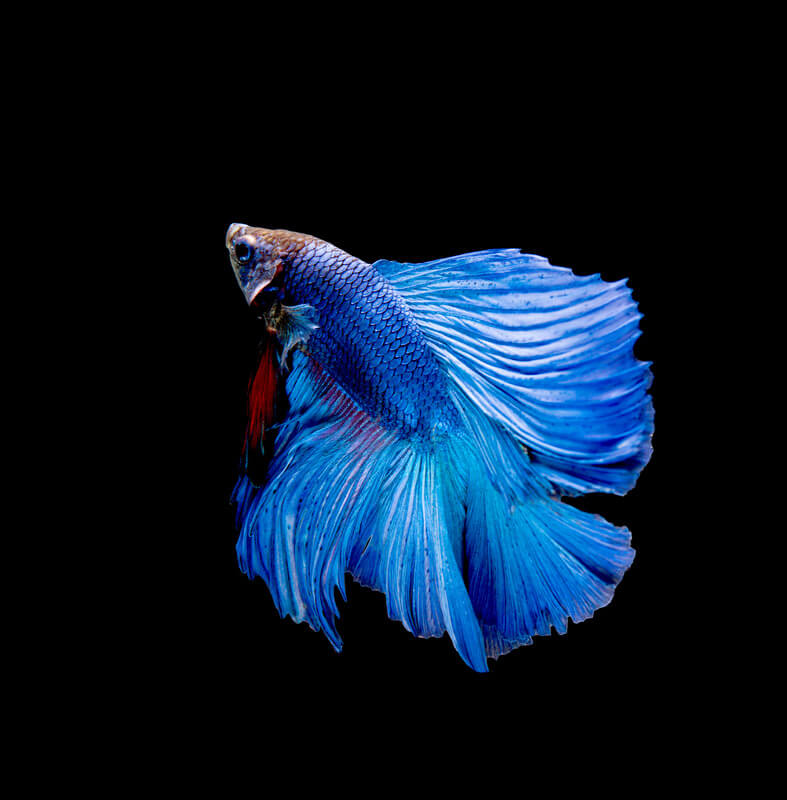 Bloat, also known as dropsy or edema is a common problem for many bettas. This condition is characterized by a swelled abdomen which causes the scales to stand out.

Overfeeding is the most common cause of bloating, however, bacteria, viruses, and parasites can also be to blame. A bloated betta might have breathing difficulties, decreased appetite and act lethargic.

Treating bloat is relatively easy and includes fasting your betta until the bloating subsides and then adjusting its diet accordingly.

As I stated earlier, bettas are hardier than most other aquarium species, but even the heartiest betta will get sick and fade away if not taken care of properly.

Contrary to popular belief bettas are not low maintenance pets, but taking care of them won’t be hard once you get used to the routine.

Here are some tips for keeping your betta healthy and strong:

Indeed, bettas don’t need a lot of space compared to other fish species, but keeping one in a container is out of the question! To keep your betta healthy, opt for a 5-gallon tank at least. But if possible, bigger is always better. We show you here how you should set up the tank!

While bettas can survive in poor water conditions, they won’t thrive and will eventually get sick. Thus, you should invest in a filter and do weekly partial water changes.

Bettas don’t like cold and their preferred water temperature is between 76 and 82°F. So, unless your home is already heated to this exact temperature, you should consider investing in a tank heater.

Bettas are carnivorous and will need a specific diet that reflects that. To stay hardy your betta will need to eat varied foods such as insects, insect larvae, specialized betta food pellets, and freeze-dried grub.

Make sure to feed your betta twice a day and only as much as it can eat in a couple of minutes.

To keep your betta hardy make sure to add plants and caves inside the tank. Live plants are always better and will create fun places for your betta to explore or hide in.

Caves and other decorations can also serve as hiding spots and will transform a dull-looking aquarium into a cozy and betta-friendly environment.

Putting your new betta in an uncycled tank isn’t a good idea, and it will lower its immune system making it susceptible to bacterial, viral, and parasite infections.

Thus, before you bring a betta home, make sure that you have a cycled tank prepared and ready for the new inhabitant.

Where To Get A Hardy Betta Fish: Breeders or Pet Stores?

Bettas got their reputation for being hardy because they can survive in tiny cups. And if you have ever been in any pet store you have probably seen many bettas living this way.

However, surviving and thriving isn’t the same thing!

Bettas that are kept in these conditions can’t stay hardy for long and usually have a lowered immune system. Furthermore, there is a big chance that they are already sick but without any notable symptoms.

In most cases, these bettas can’t live long and will die sooner rather than later even if properly cared for in their forever home.

On the other hand, a reputable breeder is aware that bettas aren’t happy in small spaces and would never subject his fish to any harm. Furthermore, the breeder will know what type of food the betta needs, how to keep the tank clean, and will interact with his fish daily.

As a result, these bettas are hardier, healthier, happier, and will live longer. Of course, they might also get sick, but chances of that happening are significantly lower.

Hence, you might want to consider buying from a breeder and paying a bit more for a fit and lively betta than getting one from a pet store and watch as it gets sick a month later.

Also, you want to make sure that you buy a very active betta fish. We show you in this article how active the betta fish you buy should be!

Besides that, we also show you how you can detect lethargy in betta fish. Lethargy is always a bad sign as this can show that something is wrong with the fish – either mentally or physically.